An event every week that begins at 11:59 pm on Saturday, repeating until 5th October 2019 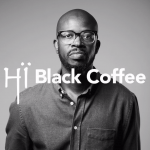 Returning to Saturdays nights this summer will be Black Coffee HÏ Ibiza 2019 from the 25th May until the 5th October for his third residency at the Playa d’en Bossa super club.

South African record producer and DJ Black Coffee is one of the most prominent music producers in South Africa and brought a stella line up with him for his last two season.

He has picked up numerous awards over the years including Breakthrough DJ of the year in 2015 and Best Deep House DJ in 2016 and 2017 he launched himself onto the world stage and his success continues in 2018 after his multi-award winning album Pieces of Me and his collaborations with stars the likes of Drake, Alicia Keys, P. Diddy and Beyoncè.

The full season line ups are below and you can grab tickets now below.